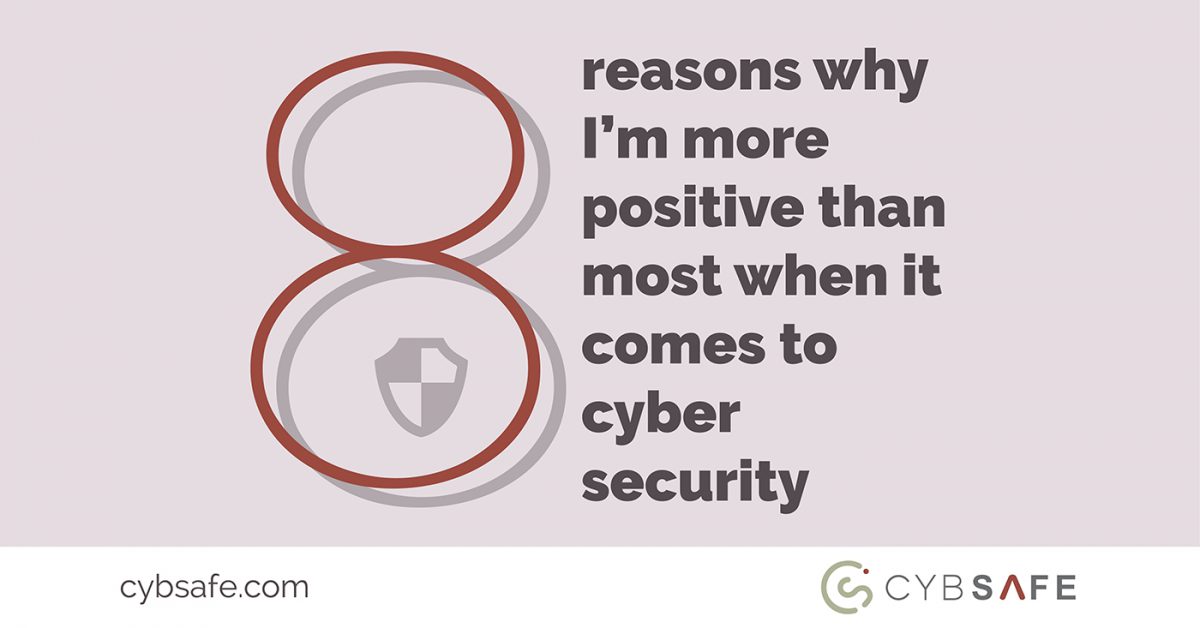 Following a series high-profile cyber attacks, most cyber security professionals predict the future will be bleak. Our CEO, Oz Alashe, meanwhile, has other ideas

“Is this the end of the world as we know it?” asked IT security specialist Susan Morrow in her blog post following the outbreak of WannaCry – and she’s not the first person who’s suggested as much.

Five years ago, Russian cybersecurity expert Eugene Kaspersky mirrored Morrow’s thoughts. “I’m afraid it’s just the beginning of the game” Kaspersky said after discovering the virus now known as Flame. “It will be the end of the world as we know it… I’m scared, believe me.”

Today, it seems scarcely a day goes by without a new article or opinion piece cropping up to remind us of the threat of impending cyber doom. I, however, take a slightly different view, and I do so for the following 8 reasons.

And for those reasons, I’m more positive than most when it comes to the topic of cyber security.